On Dec. 16, 2021, rain was falling instead of snow, but attention was on something else. Nova Scotia was celebrating its rising population – surpassing one million people.

Nova Scotia has a decade-long strategic priority on growing its population, including attracting skilled newcomers. In 2014, the Nova Scotia Commission on Building Our New Economy’s report highlighted population growth as a major factor to build the economy. Growth is necessary to ensure businesses in the province can find the right candidates and the economy can continue to strengthen.

“The growth we’re seeing is good,” says Laurel Broten, president and CEO of NSBI. “It leads to more investment and innovation, increases in local spending, and a stronger tax base.” PHOTO CREDIT: Contributed

In the years since, inter-provincial migration has increased steadily along with unprecedented numbers of international newcomers. The net growth has been 55,530 new residents between July 2015 and July 2021.

One person’s story during that time shows how Nova Scotia has been able to continue successful attraction and growth. Rima Al Shikh, a Syrian national, had been a tech entrepreneur living in Dubai when she was approached with the opportunity to work in Nova Scotia.

“Nova Scotia has an opportunity to attract talent from countries where talented people may be concerned about the security of their home,” says Al Shikh.

Software services company BDO Lixar’s Nova Scotia office had been growing in the province and recruiting new talent from around the world. BDO Lixar started in Nova Scotia in 2008 through the investment attraction work at Nova Scotia Business Inc. (NSBI), the province’s business development agency. NSBI both attracts new companies into the provincial business community and works with Nova Scotia businesses to grow and export.

In 2018, Al Shikh immigrated to Nova Scotia, recruited by BDO Lixar to join its growing roster of employees. In early 2021, Al Shikh established her own company, Begin AI, a Nova Scotia startup company focused on artificial intelligence with its own growing employee base.

Looking ahead, Nova Scotia’s goal is to grow its population to two million by 2060. To do that, the province must attract 25,000 newcomers per year. Building and maintaining that momentum requires engagement from the private sector as well as the ongoing efforts of government, according to Laurel Broten, NSBI’s president and CEO.

“Demand for workers is increasing, and supply is tight,” says Broten. “Nova Scotia businesses have a lot at stake to thrive.” 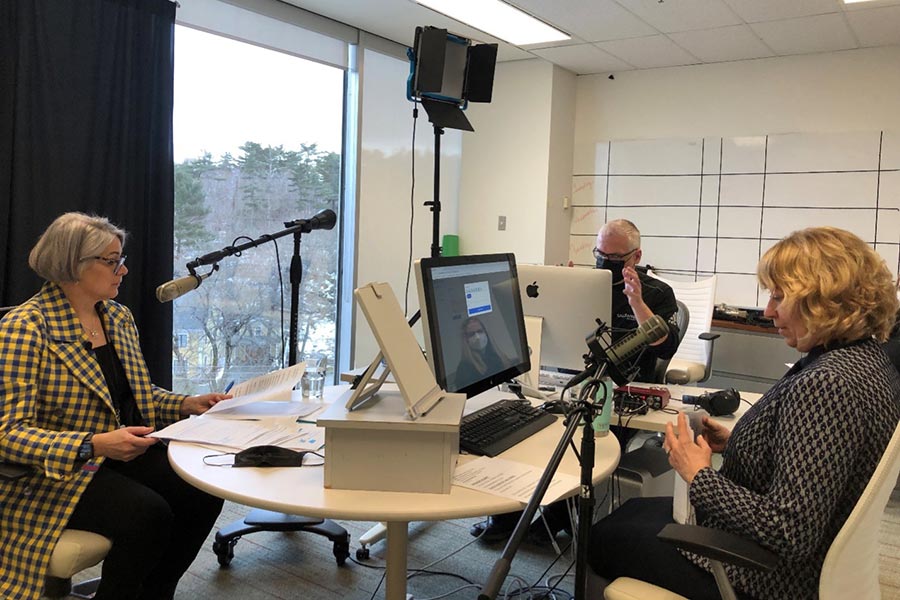 The Province’s Labour, Skills and Immigration Department announced plans last December for a $2.5-million marketing program to bring skilled workers to the province, including medical professionals and skilled tradespeople.

“It's important not only that we have a wonderful marketing campaign that speaks to people but also that, when people arrive here, they see that there are welcoming communities and welcoming workplaces,” says Ava Czapalay, deputy minister of the Department of Labour, Skills and Immigration.

Increasingly there are more ways immigration programs are helping businesses increase retention. For example, the Atlantic Immigration Program has built-in settlement supports, working with candidates and their families to develop a settlement plan before they arrive and start working. It also offers intercultural competency training for employers along with other necessary resources.

“Employers can use our immigration streams to recruit candidates from overseas for jobs they can't fill locally,” Czapalay says.

Tony’s Meats, a meat processing facility based in Antigonish, is a business that has done that successfully. In 1987, it recruited a German-trained master butcher who is still with the company today. This year, Tony's Meats is doing another international recruitment.

“Being rurally located, we do need to look to international workers to grow our business,” says Lenita Hanson, director of operations and research & development manager at Tony’s Meats.

Hanson was a panelist during NSBI’s NEXT 2022 Business Growth Summit, where participants discussed the steps and responsibilities of businesses looking for labour solutions through immigration. Her advice is don’t be afraid to use the helpful resources available.

NSBI’s Laurel Broten says companies can also play a key role in attracting and retaining workers by investing in new technologies and offering flexible working arrangements and competitive salaries. On average, Canadian businesses invest 50 cents per worker for every dollar in the U.S., according to the CD Howe Institute.

“The growth we’re seeing is good,” says Broten. “It leads to more investment and innovation, increases in local spending, and a stronger tax base.”

To hear more content about the importance of a growing population in developing our economy, visit the Point to Point Podcast.