It’s a Good
Life We Lead

Here’s the thing. You’ve got a bunch of people from all over the world, trying to convince you to move your game studio there. So we’ll get straight to the point.

To choose a location, you need to hear about three things: talent, business environment, and community. It’s in the infographic. If that’s enough info for you give us a call and we’ll talk details.

If you’d like to know some more about setting up a studio in Nova Scotia, then read on.

Here’s the thing. You’ve probably got a bunch of people from all over the world, trying to convince you to move your studio there. So we’ll get straight to the point.

To choose a location, you need to hear about three things: talent, business environment, and community. It’s in the infographic. If that’s enough info for you give us a call and we’ll talk details.

If you’d like to know some more about setting up a studio in Nova Scotia, then read on.

How big is Ubisoft? 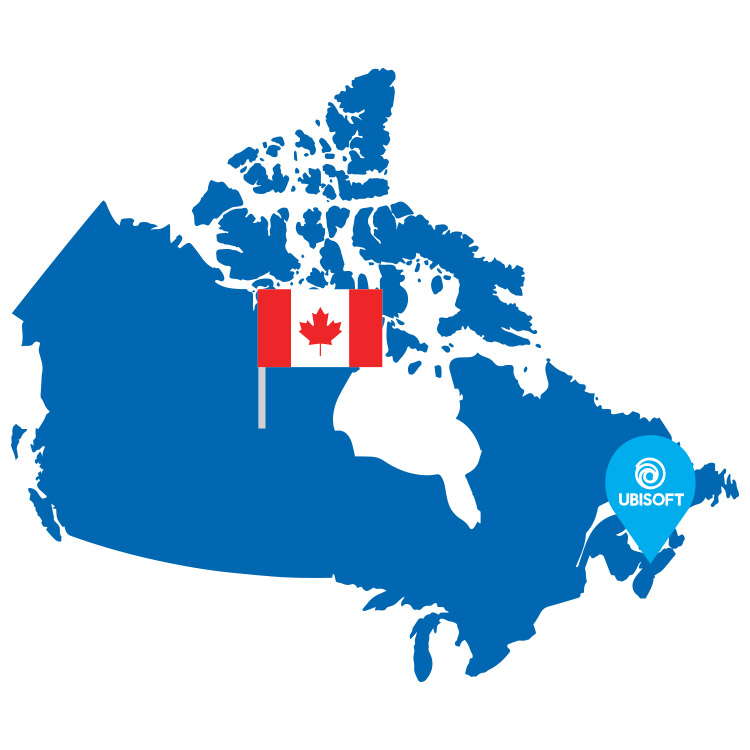 You already know who Ubisoft is. And you probably also know they’ve got a few studios in Canada. What you probably don’t know is their Halifax location was Ubisoft’s first mobile games studio in North America.

Still curious about Nova Scotia? Let us tell you the story of Ubisoft Halifax. 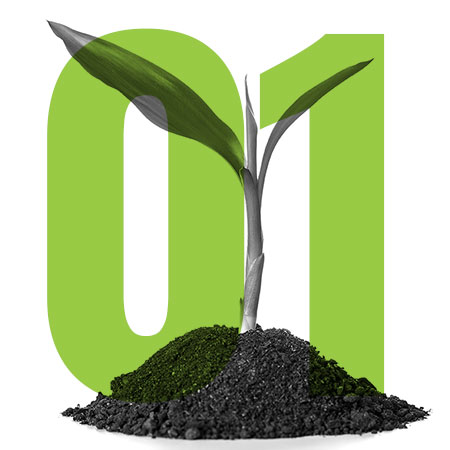 Nova Scotia is home to 10 universities and 14+ college campuses, the highest per-capita rate in Canada. Ubisoft quickly tapped into this valuable resource by establishing a co-operative program for students. The benefits are a two-way street: the constant inflow of talented students lets Ubisoft spend more time creating games and less time recruiting, and the students get valuable studio experience and a foot in the door with Ubisoft.

Ubisoft is able to hire new employees and train them very quickly, which speeds up game development and keeps operating costs competitive.

“To create some of the most popular video games in the world, Ubisoft needs the most talented and passionate people in the world. We’re always on the search for new talent pools and potential studio locations. Fortunately, we have a lot of them here in Canada. We have found a great techno-creative ecosystem in Halifax with the local talent pool, forward-thinking schools, dynamic business community, and competitive government programs.” 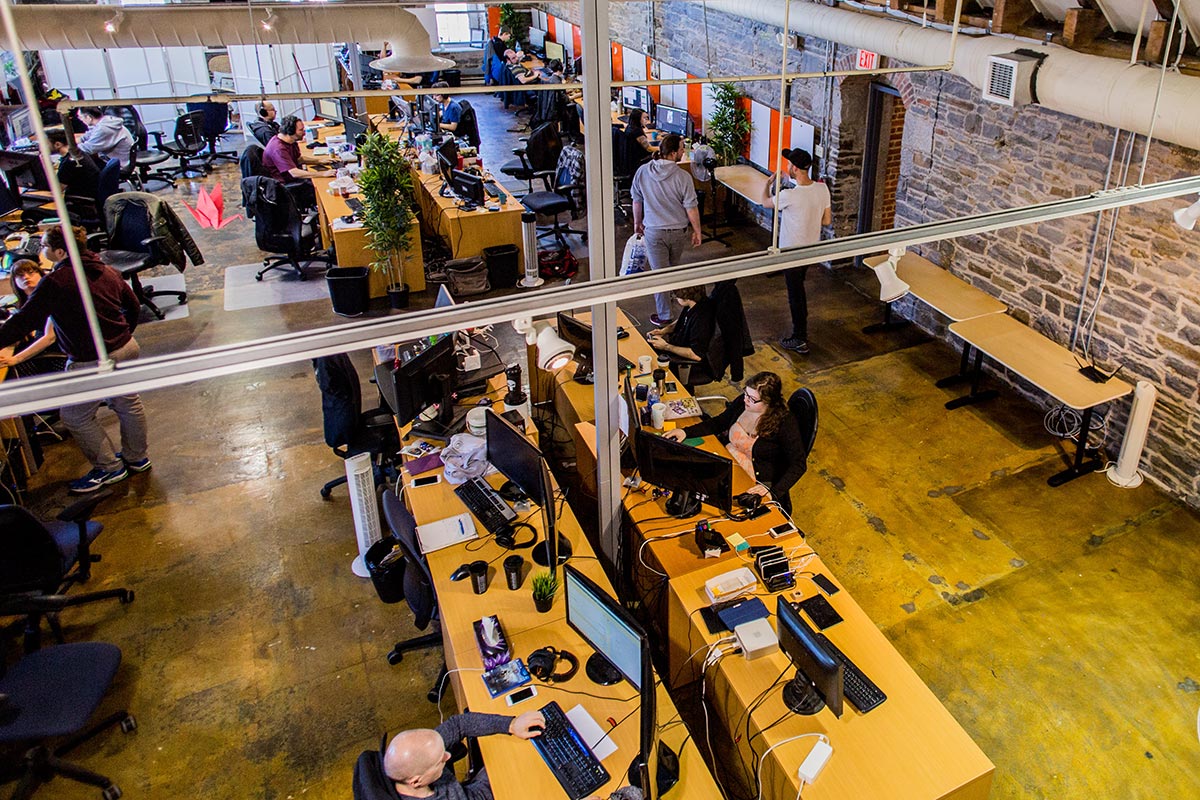 When Ubisoft moved to Halifax they got a pleasant surprise. Nova Scotia’s creative and digital media community is friendly, with a unique level of trust, collaboration, and co- operation. Ubisoft’s Gwen Heliou describes this environment as “fertile soil,” a highly creative environment where innovation is safe to sprout and grow.

Our small studio in Halifax with 75 people is capable of innovation. That’s made possible by the way Nova Scotia teaches and trains students, and by collaboration between Ubisoft and schools for things such as co-op programs.

Attracting experienced talent can be a challenge. It’s also on the mind of any game studio considering a move.

Development schedules are brutal, and when Ubisoft Halifax started operations they needed to begin game development yesterday. They also faced an additional challenge: Ubisoft Halifax makes mobile games, and good mobile game developers can sometimes be hard to find. The studio looked for a way to attract experienced candidates. What they found was a system that met their needs, and more.

Provincial immigration options such as the Atlantic Immigration Pilot, Nova Scotia Nominee Program, or international options such as the International Mobility Program or Temporary Work Permits simplify hiring the right talent. Through participation in accelerated immigration programs, Ubisoft locates, hires, and relocates employees to Halifax quickly, with some cases seeing a work permit in as little as 6 weeks; vital for their game development schedules.

The co-op system here is unique, particularly within the video game industry. I haven’t seen anything like it in any of the cities and countries I’ve lived in. It’s an incredible resource. The quality of candidates is very impressive and any company thinking to come to Halifax should be aware of that opportunity.

Nova Scotia Immigration has made it possible for us to bring in talent quickly and efficiently. That’s been a game-changer for us. 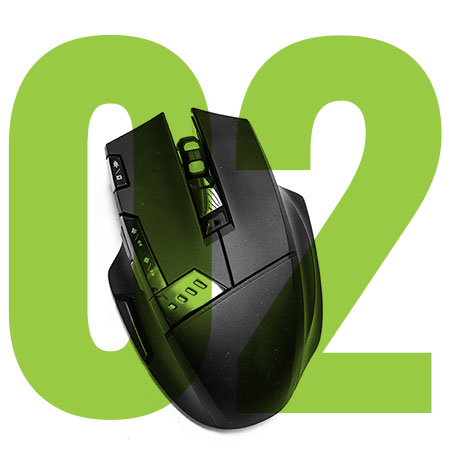 Ubisoft’s association with Nova Scotia began in 2015 when they purchased Halifax-based Longtail Studios. The new studio, now named Ubisoft Halifax, was set up to develop mobile games. Since then, the Halifax location regularly contributes to the rest of Ubisoft’s mobile line-up.

You’re looking at a lot of these so we’ll keep this simple: the Nova Scotia Digital Media tax credit lets you claim the lesser of 50% of qualifying expenditures or 25% of total expenditures. You can get an estimate of the credit using our online tax credit calculator.

Other incentives like the Digital Animation Tax Credit and Research and Development Support Programs provide access to other tax credits, research, and research funding.

NSBI opened doors for us. It means something for a company with no roots in a community to be welcomed as openly as we were when we came here.

Nova Scotia Business Inc. attracts and supports businesses moving to Nova Scotia. We work in partnership with studios, providing the support, guidance, and connections they need to make an informed decision. Once a studio is here, we help them make vital connections to the schools, resources, and business networks they need to get up and running fast.

Office space is readily, and affordably, available; a major plus for any studio with expansion plans.

Halifax is the the closest North American centre to Europe, with direct flights to Paris, London, and New York.

And according to KPMG’s guide to international business costs1, Halifax ranks in the top 10 cities worldwide for competitive operating costs for video game production studios. Nova Scotia also boasts an affordable cost of living and ranks 5th on a Canadian national affordability index.

Halifax is the best kind of city. It’s small enough that you keep running into people you know. But it’s also big enough that there is always an interesting event or activity on the go. With a low cost of living and access to an international airport, Halifax is also a perfect home base for those who love to travel.

According to KPMG’s guide to international business costs, Halifax:

on a Canadian national affordability index 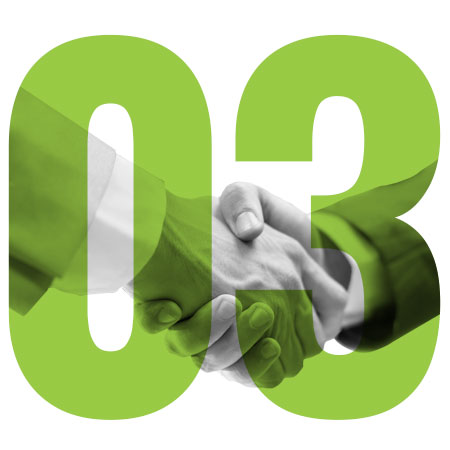 There’s something about living and working in Nova Scotia you can’t quite put your finger on. Anyone who has done business here will tell you, lifestyle is a huge positive factor in Nova Scotia.

In Ubisoft’s case, they fell in love with Nova Scotia’s lifestyle, culture, and the way we do business. Their employees love living here and being in Halifax is good for Ubisoft’s bottom line.

Ubisoft Halifax attracts new employees from around the world. And not long after they move here, those employees quickly realize they’ve stumbled onto something special.

Halifax is a great place to live, especially for families and people who are looking to be more established. But at the same time, it’s a vibrant city, with a lot happening all the time, and an incredible feeling of community that bigger cities sometimes lose.

In Nova Scotia, working hard and living well are equally important. To say Ubisoft employees have embraced this culture would be an understatement. One spot Ubisoft and Halifax culture has come together in a truly cool way is Hal-Con.

From Assassin’s Creed cosplay to e-sports tournaments, the positive energy and inclusiveness of the geek community has been a big factor for Ubisoft.

And it’s a big factor for doing business here too. Hal-Con hosts CGX Halifax, an industry conference with multi-track programming, interactive showcases, and the opportunity for the video game industry to network

There’s quite a lot of truth to the Canadian stereotype that they are actually friendly people. 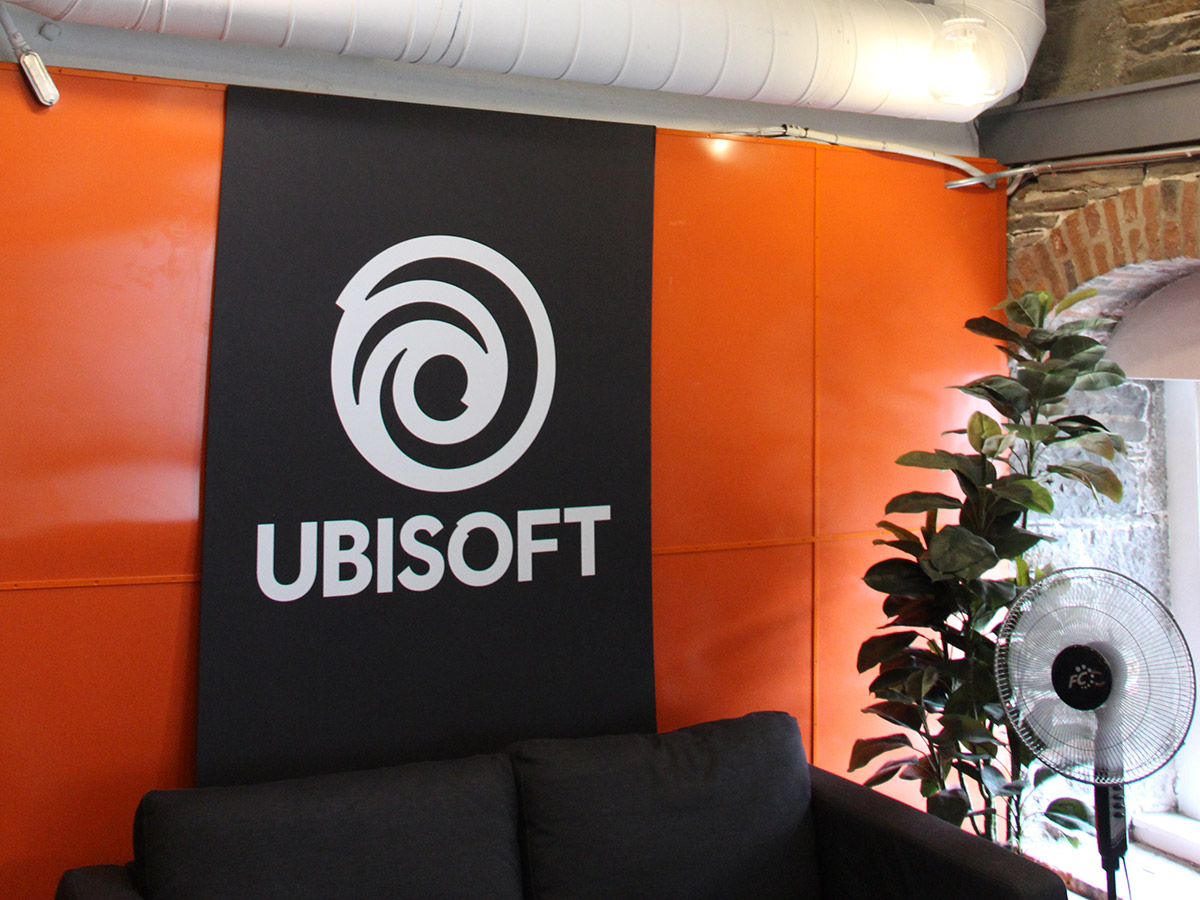 “Halifax and Nova Scotia are home to tens of thousands of geeks and Hal-Con is the beating heart of our community. Each year thousands of gamers, cosplayers, vendors, and artists get together to play together, surrounded by strangers who become friends.” 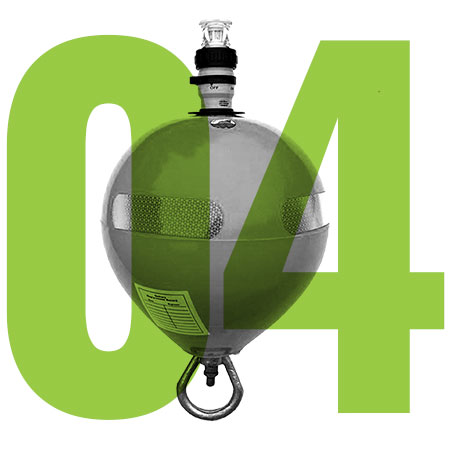 I was in Vancouver just before the video game industry took off. There was a buzz. You could tell something was happening, that the pieces were in place for growth. We’re hearing the same buzz in Nova Scotia. There are real signs of change. Local start-ups are having successes and studios are moving into the province. Something is happening here.

Ubisoft Halifax continues to grow and innovate, both as an integral part of Ubisoft’s global mobile game development team, but also as a leader in the Halifax video games community.

By building relationships and programs with universities and colleges, Ubisoft Halifax ensures a constant flow of talented young developers, artists, and programmers into its studio.

Ubisoft is also working with industry groups such as the Interactive Society of Nova Scotia to help smaller studios learn to locate, recruit and develop skilled professionals. By leading the development of a strong video game development community in Halifax, Ubisoft is laying the foundation of not only its own success but the success of any other studio that locates in Halifax. 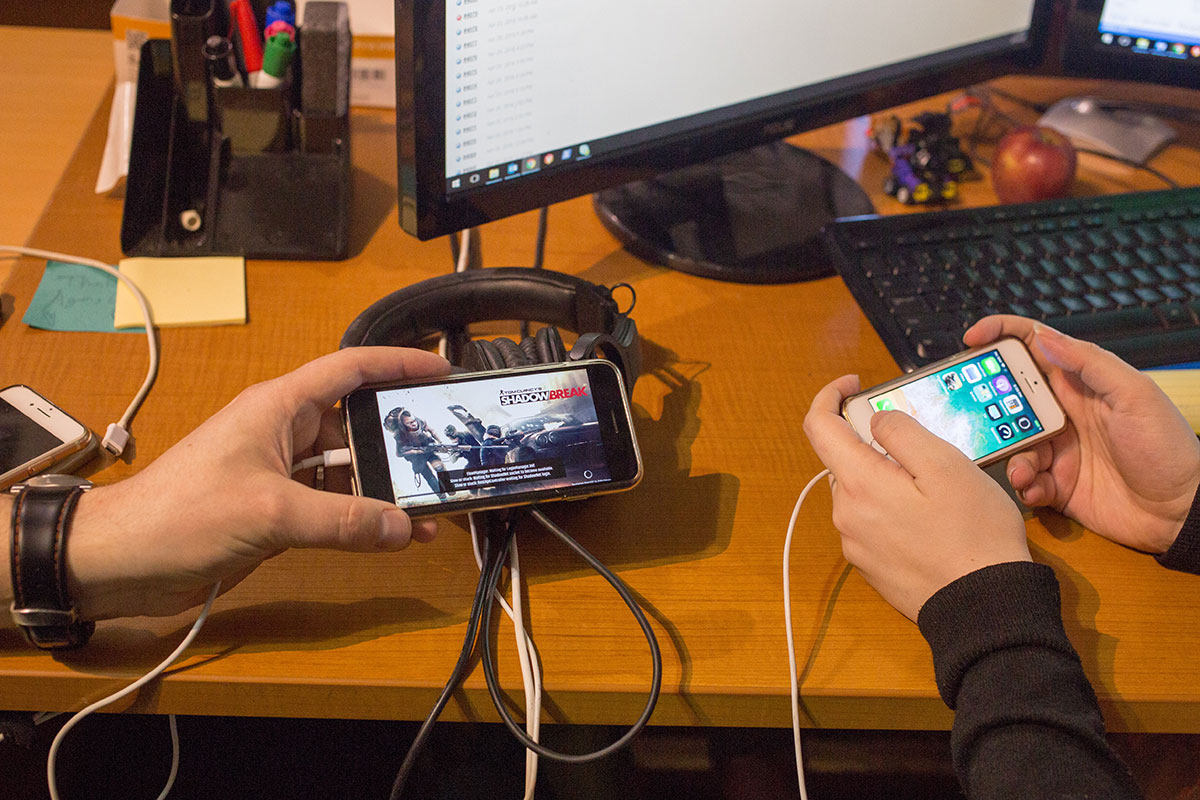 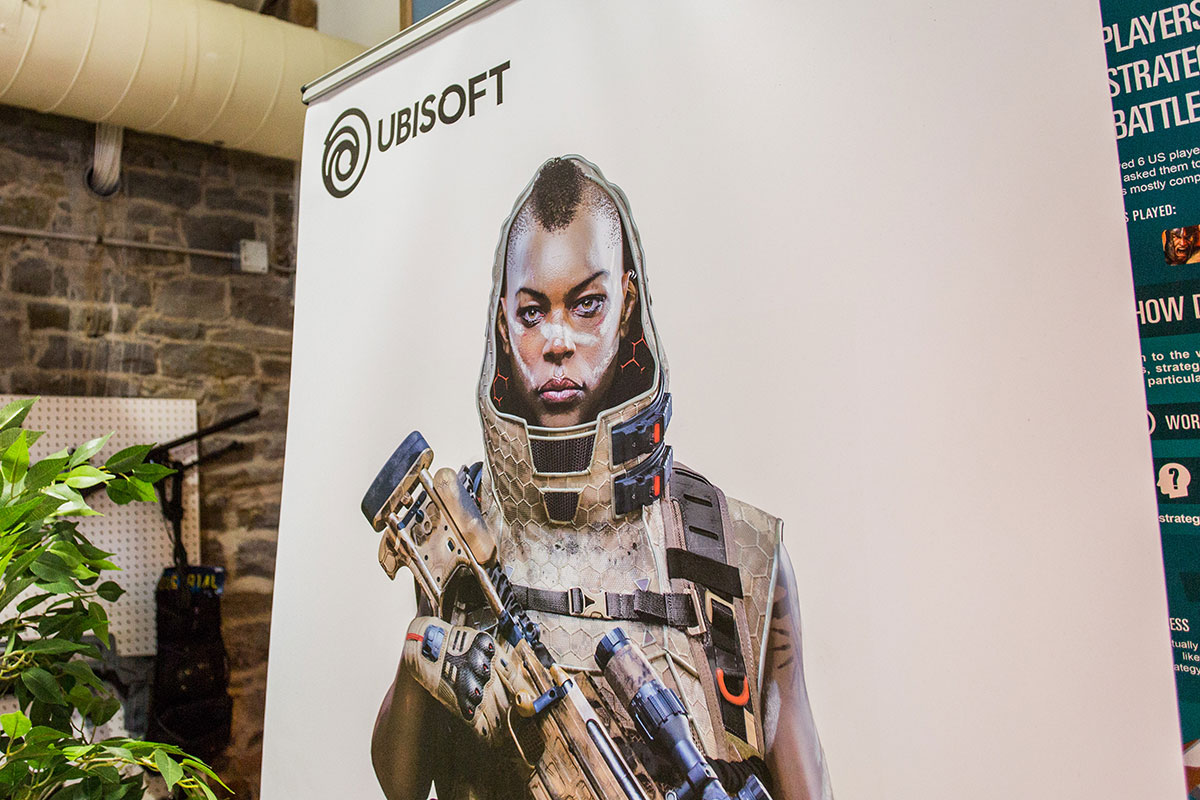 About the Interactive Society of Nova Scotia (ISNS)

The Interactive Society of Nova Scotia (ISNS) was formed in October 2017, to advocate for interactive and video game development and foster collaboration within the industry in Nova Scotia. According to the Entertainment Software Association of Canada (ESAC), more than 300 people are employed in 20 studios around the province, making it the 4th largest provincial game development industry in Canada. ISNS members are committed to the further development of the industry in Nova Scotia, hiring graduates from local universities and colleges, and working to promote high standards of relevant education. In addition to its advocacy and educational outreach work, ISNS organizes events to foster collaboration within the Nova Scotia game developer community. 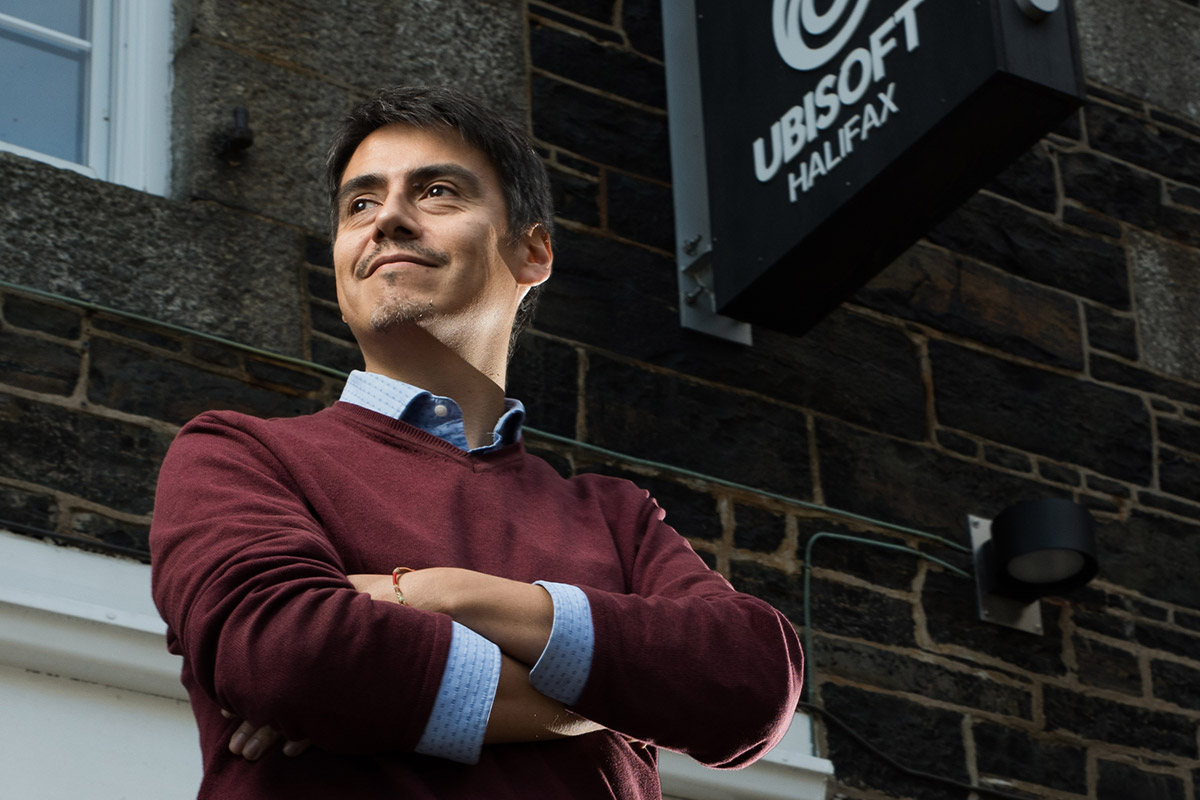 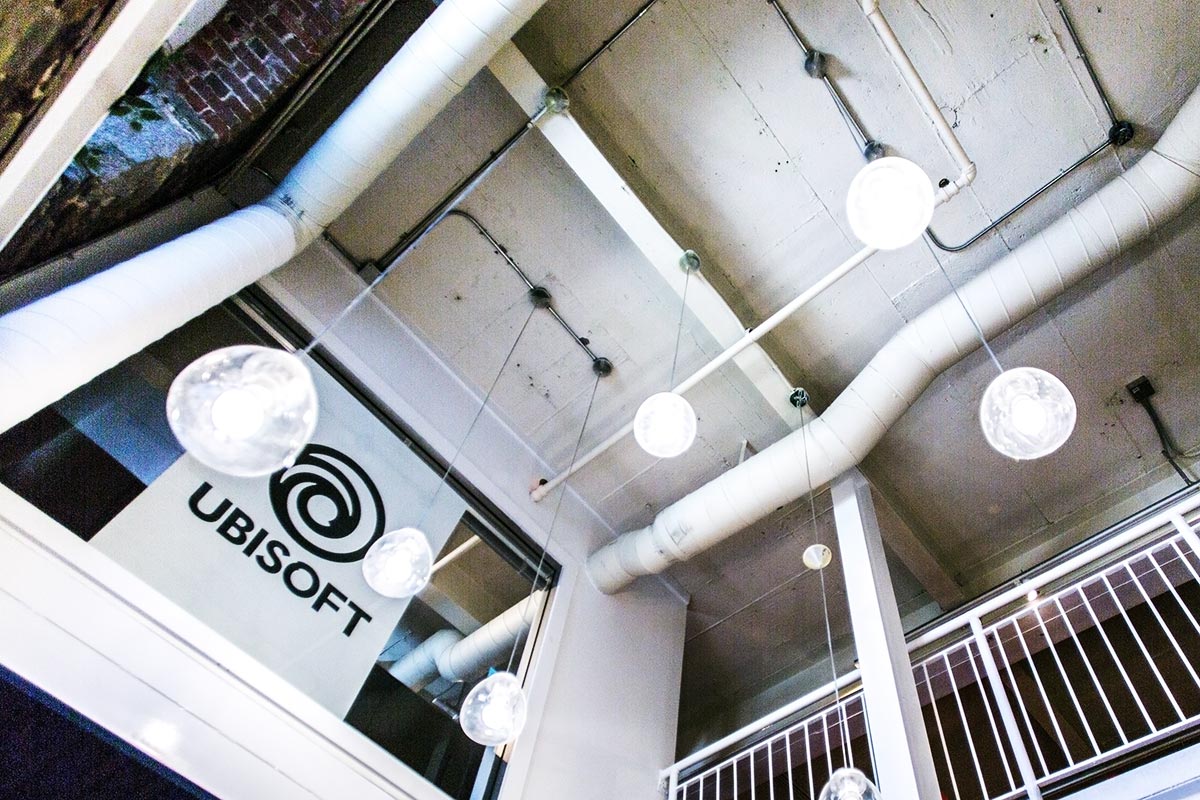 Although small, the local industry is very active and collaborative. There is a core group of people in the industry working to spread out knowledge and to build a deeper network. These people and companies are integral to a healthy environment for game makers, and Ubisoft couldn’t be happier to foster that.